This section of the website holds articles on everything you need to know about running your lifestyle farm. Choose from the menu on the left to browse our articles. Keep an eye out for worst weed in world - velvetleaf

AgResearch weed scientist Trevor James says he didn't know what he was looking at, at first. It was a photograph of velvetleaf (Abutilon theophrasti), one of the worst weeds in America and possibly the world.  And it had just been found growing in the Waikato. Famously known as the poison which killed Socrates, hemlock is alive and living in New Zealand, and is still capable of causing death or at least birth defects in pregnant animals which eat the foliage. Ranging from low weeds to large bushes the nightshades all have one thing in common – they are definitely not for eating. Do you remember seeing photos of brides from the 1930s each clutching a huge and unwieldy spray of what are commonly called arum lilies? “Write about fireweed,” said a friend, “I’ve got it growing all over the place”. Despite their alarming names, these are two rather inoffensive weeds, more often found in gardens and crops rather than pasture as they prefer loose, fertile soils. Barley grass is one of nature’s survivors. Thistles were already a problem in New Zealand by the 1850s. With un-mown lawns and pasture sprinkled with the cheerful yellow flowers of dandelions and other ‘flatweeds’, we look at their names and characteristics. These days, with the heavy emphasis on achieving maximum production from our pastures, the ‘preferred’ species are perennial ryegrasses and white clover. When is a weed not a weed?  Well, possibly when it’s a plantain. As a member of the geranium family the winter weed we know as storksbill was originally labelled by that great name dropper Linnaeus in 1753 as Geranium cicutarium. Cleavers is that maddening weed which appears everywhere in early summer and climbs through, round and over grasses and low shrubs, trying to smother everything. These two damp-loving weeds are often confused, so we’ll sort them out for you.

Water pepper grows in lowland areas in both Islands in NZ, where it is generally found on lake margins, drains, and poorly-drained areas of pasture and grows up to 75cm high. It has noticeable red stems and bright green, lance-shaped leaves about 12cm long and with wavy margins.  The pink or rose bud-shaped flowers are carried at the end of each stalk in spike-like racemes which curve downwards.  In New Zealand, it blooms from about November to June.  It is thought to have originated in Eurasia but is now found in many countries.

In pasture it can be found near seldom-used gateways where the damp ground is occasionally churned by animal feet, and also where the ground dips and remains moist for longer periods.  Roots are shallow and the plants are relatively easy to pull out.

Its name derives from its partiality to damp soil and the sharp peppery taste of leaves and stems.  At the base of each leave is a membranous sheath surrounding the stem.

Livestock tends to avoid it, and it is regarded as poisonous in countries such as the US, Australia, and Europe.  However, the leaves are reputedly used by Japanese cooks to add a peppery taste without masking other delicate flavours.  The tiny dark brown or black seeds can be favoured by waterfowl and other grain-eating birds.

Willow weed is lower growing (about 40cm) and often sprawling.  The stems may be reddish, but not as brightly so as water pepper.  Leaves are dark green and larger (up to 15cm long and 4cm wide) with a central dark blotch on the upper surface which, in parts of the US sees it called Spotted Lady’s Thumb. Young leaves may be tinged red or brown, and the sheath at the base of each leaf has a distinct fringe of hairs. The flowers are pink, cylindrical racemes, with a very long flowering of Jan-Dec.

Willow weed can be very invasive, particularly in cultivated ground and among crops as it will tolerate drier ground than water pepper.  It will reproduce itself from even a small piece of stem and produces a great number of tiny three-sided seeds which can remain dormant for long periods but still remain viable.  So removal must be done carefully, and it may take several seasons to eradicate it.  However, growing plants can be killed by frost.

In the US both plants are often called ‘smartweed’ because both can cause skin irritations or allergic reactions. Mallow varieties have a variety of botanical names, can grow up to 2 metres tall, or crawl along the ground, or be various sizes in between. This tough South African import is not the sort of immigrant that our environment needs. A very fast-growing, though thankfully short-lived tree - popping up on cliffs, banks, hillsides, slips, and cuttings. This smelly South American scrambler is happy sneaking its way through, under, and over whatever plants and trees get in its way. This Chinese climber is loved for its strong scent and delicate white flowers and hated for its tough, vigorous, twining stems that rapidly swamp everything it grows over. 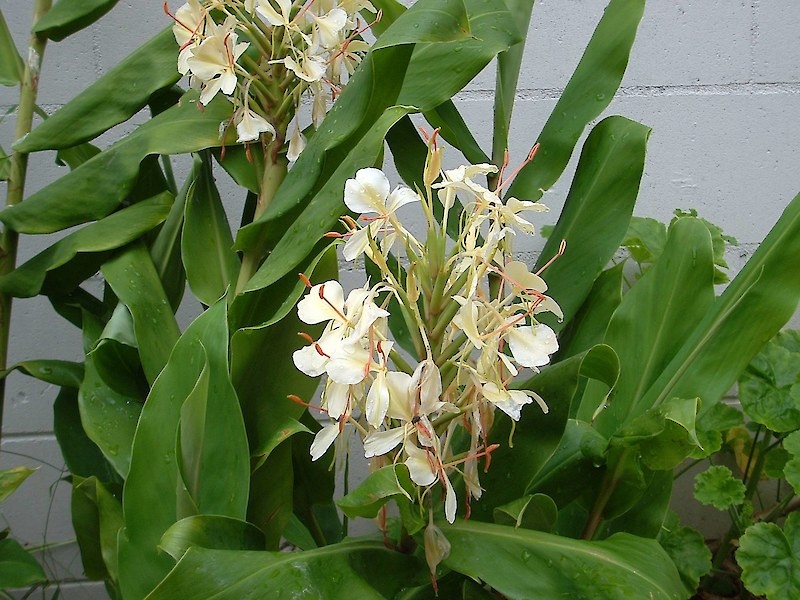 This exotic, ginger-scented perennial with massive, taro-like rhizomes close to the surface has shiny leaves and cream-coloured flowers overlapping in cone-like clusters from May to June. Despite its silver-coated leaves, this creeping groundcover is no little treasure. This macho Mediterranean creeper is a hard one to get control of once it is established. Originally from Brazil, the exotic-sounding alligator weed is a dangerous invader sneaking into wetlands, rivers, and even subdivisions around the North Island.

Like a giant version of the much loved busy Lizzies, shrub balsam can reach up to 2m in height. This vine from Asia was first established in the wild in New Zealand as early as 1926. Chinese privet was planted extensively throughout towns and rural areas as hedging. It has small, glossy, bright green leaves with smooth edges, and it produces tiny, smelly, creamy flowers from October to January. 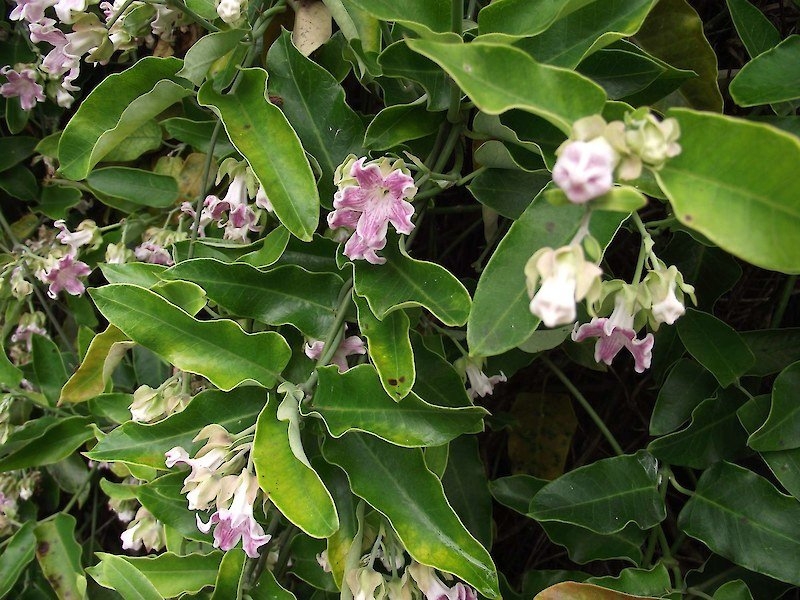 Cutting vines and climbers down to size

One of the most destructive groups of weeds is vines and climbers that in many cases started life as ornamental garden plants. Jerusalem cherry tends to turn up in shady places – under trees, grazed bush remnants, along river and stream banks, behind old sheds, and along hedgerows.